You are here: Home / Journal / What computer should I buy?

What computer should I buy?

Editor’s note: this was written back in 2006, and it is rather out-of-date.

Trouble is that today one is spoilt for choice, manufacturers claims are often difficult to understand or substantiate and prices are tumbling so quickly that no sooner than you take your PC home, you see the same model, with more extras, selling for twenty quid less than you just paid for yours!

For most users, there are two basic choices: a “desktop” or a “laptop” PC. Laptops are smaller, more portable and more convenient for people on the move. The downside is that you pay roughly half as much again as you would pay for a desktop for any given specification.

For those who are considering the purchase of a new desktop computer and who want good value for money, we believe the following draft specification offers plenty of bangs per buck!

Laptops have many “lifestyle” advantages over their bigger desktop cousins. But remember you are paying roughly half as much again as a desktop PC for a similar specification. You pay for the compactness. You can of course save money by lowering your specification. However this can prove to be a false economy. For a laptop to be as useful as a desktop, it needs to be as well specified.

In addition you must have some sort of back-up device. These are the devices we are currently using…

Confirm with your hardware supplier that everything you buy is…

I can’t actually comment much further on Windows because I gave up using it back in 2007. However, for more information regarding Linux compatibility you might find the following sites helpful: 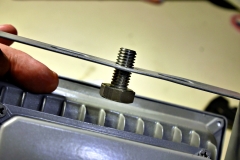