Welcome to my projects page. This bit should really be called “standing on the shoulders of giants” because many of these projects borrow heavily on the work of people who are much smarter than I am. I have been playing with computers for several decades and have flirted with lots of projects and ideas.

Here is a list of some of my projects. Some worked quite well and are still active. Others are still in use but not actually under active development at the moment. Some were of their time but have been laid to rest. You can still see some of these but some of their original functionality has been removed. And some I have had to abandon completely, often because they are no longer useful and/or could pose a security threat by keeping them on line. For the sake of clarity, I have subdivided projects as follows:-

Most of these projects are based upon world’s ever increasing pool of open source code. I find it handy to have them all grouped together here. Most of these projects also fitted quite well in the Joomla framework that used to power this site. But then GarfNet dumped Joomla. Their look and feel may differ from the main site. So I have provided “direct links” so you can see them in a separate page, where appropriate.

These projects are all in-use and under active development:-

These projects are still in daily-use and maintained, but there is no development work going on here, at the moment:-

These projects are not appropriate to host here. Setting up Linux web servers for local (LAN) use is so cheap and easy, it is silly to waste internet  bandwidth trying to host them remotely:-

These projects have reached their useful end of life. We keep them here because some people are still interested in them. And we don’t want to upset the search engines, if we don’t have to:- 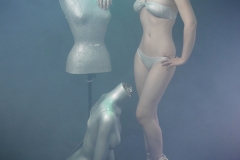