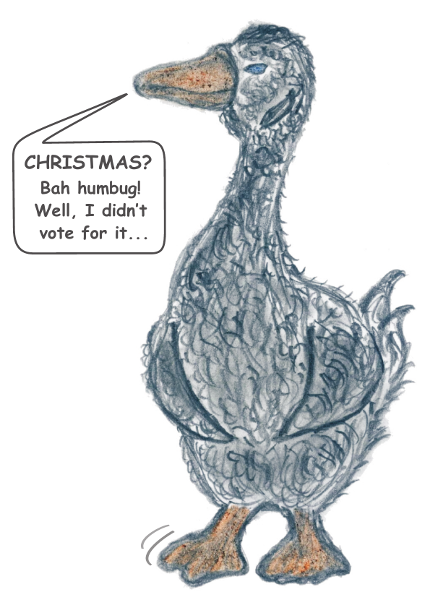 The Goose that Never Voted for Christmas

Well, it’s been a funny old year. Lots of hard work going on behind the scenes, but not a great deal to show publicly for all the effort. The new Joomla site is still in progress – struggling to use our existing template on the new CMS, whilst working round Joomla’s bloody awful new “Twitter” templating system. Several other new items are also still under way, but sadly not ready in time for Christmas, as we had hoped. It’s all rather frustrating really So this year for our annual Christmas Card we went back to the tried-and-tested hardy perennial of Mr Goose stamping his foot and having a jolly good moan.