Apologies to readers who had difficulty accessing this site between 2007-07-12 & 2007-07-20. We suffered several simultaneous technical issues including a cock-up on the part of British Telecom and a hard disk failure in the GarfNet server. We also had some essential maintenance that needed doing, including to upgrading the operating system and various content management systems and rearranging the site internals quite extensively.

But all is mended now. You will also notice that a number of exciting new features have neen enabled in the Projects section. And we have some great new photos in GarNet Pictures. Hopefully all the hassle will prove worth it in the end! 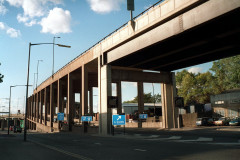