Can I get my scanner | printer | copier | teamaker | etc. working on Linux?

These days, seems a lot of folks are ringing or emailing me asking how to get their printer|scanner|trouser-press|etc. working under Linux. Surprisingly, some devices actually are very easy indeed to install under Linux. For example, almost any laser printer that has Postscript will work with the generic Linux Postscript driver.

As chance would have it, I don’t use inkjet printers at all becase I prefer lasers. Any of these with either PCL5 or PCL6 (Hewlett Packard) or PS (Postcript) emulation all work without a hitch.

However, at time of writing, scanners can prove a lot more problemeatic and all-in-one printers|scanners|copiers under Linux can seem darned near impossible. In some cases you need to decide which of its many functions are important to you?

You need set aside some time to research your device. These are some sites I found after a few minutes of Googling, that offer rsome easonably well-written, practical advice…

There are dozens more, if you keep searching.

You might also be interested in these sites for more general information. Here you can read about the tremendous efforts being made in the open source community to make ALL scanners and printers work under Linux. You might also pick up some more useful hints & ideas there…

But why won’t my Windows drivers CD work?

This is useless on other platforms. Even under Windows, it is better to visit the manufacturer’s site and get the latest drivers online.

Will the Canon|Fuji|Thingywingy ABC123XYZ driver work for my device? My mate down the pub said it might work?

I don’t know. Again, best thing is to Google it and find out!

How can I avoid these compatibility problems in the first place?

I am gradually phasing out Windows from all my various business ventures because I am fed up with all its security issues, worms, trojans, zombies and bugs – not to mention the constant upgrades and all the associated costs and inconvenience.

This is a business decision that has already saved me a great deal of time and money because I now enjoy fantastic speed, performance and reliability on relatively inexpensive equipment. But it has required quite a lot of thought and research.

For example, realising I would want (or perhaps need) to dump Micro$haft some day, almost all my equipment purchased since about 2002 has been selected so that it works on Linux & Mac as well as Windows. Therefore, connecting unwilling or obscure peripherals has not been a major issue for me anyway.

From a broader perspective, I believe consumers need to persuade manufacturers to make their devices work with operating systems other than Windows. Therefore asking “will it run on Linux”, even if you are still using WIndows at the moment is not merely benefical for you as an individual consumer. If enough consumers only opt for devices that will also work on Linux, then this could eventually steer manufacturers in the right direction too. 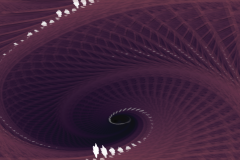