We bought a couple of IBM Lenovo 3000C200 laptop PCs in 2007 May. These are fairly average 1700MHz laptops purchased from a UK supplier called eBuyer for around 300 quid a throw. These came preloaded with the basic version of Windows Vista. To describe Vista’s performance as dismal would be understatement of the year.

So I took the “brave” step of reformatting the drive on one machine and installing Ubuntu Linux instead. Now, I have flirted with Linux on desktop PC’s for some time, though not in any serious way. Until recently Linux was not user-friendly enough for desktop use and besides, it lacked decent applications. However I have used Linux much more successfully on web servers for many years. Garfnet and our sister site DEOSS both run Debian Linux c/w Apache webserver.

But things change very quickly in the IT Industry and Linux in particular has come a very long way.  Besides Vista made me so angry that I thought it was time to try one of the “new” Linuxes as a Windows replacement on a real, working desktop. So I undertook quite a lot of research to try to establish which Linux best suited to day-to-day, desktop use in a harsh business environment. There are many choices but in the end I opted for a Debian-based distribution called Ubuntu.

This is what I discovered…

Three months and countless installed applications later, these Ubuntu-based machines still deliver the same performance that they did when they were new. Compare that with any version of Windoze, where machines get slower and slower the more applications you install.

I subsequently upgraded from Ubuntu to the (IMHO) much more stylish and functional Kubuntu – featuring the KDE desktop. KDE is one of many free desktop systems available for Ubuntu. Which one you use is purely a matter of personal choice – something else greatly lacking in the Windows arena.

Since 2007 May, we have purchased 3 Lenovos and dumped Vista on all 3 machines in favour of Kubuntu. In addition we are gradually migrating all our Windows PC’s to Kubuntu as well. I am at my wits end with constant upgrading, security patching of Windows operating systems. I am sorry to say that Vista is one seriously-flawed operating system too many for us and I am utterly sick of all the broken promises from Microsoft.

(K)ubuntu has made migrating to Linux really easy for us. So easy that my non-techy girlfriend was able to install a complete Hungarian language version of Ubuntu for her sister in Hungary, including Skype and all the other doodads, whistles & bells in just over half an hour.

There are still issues with drivers for scanners etc, but these are gradually being resolved. Our few “must have” Windows applications, such as ThumbsPlus, Adobe PageMaker and Microsoft Access will all run adequately on Linux by using CrossoverOffice from Codeweavers (costs around 25 quid). Infact MS Access on Linux is actually faster than on Windows! Seriously!

All our other data can be handled perfectly adequately using the fantastic array of free, open source applications available for Linux – such as OpenOffice (opens and saves M$ Word, Excel & Powerpoint files), Gwenview (for managing photos), Amarok (for MP3’s) Kaffeine (for playing DVD’s and other movie files).

There is also a fantastic array of free, open source educational software that is unrivalled on Windows. The support one gets from the Ubuntu community is far superior to anything you can expect from Micro$oft.

My final comment is that anyone struggling with Vista should seriously consider one of the Ubuntu family of Linuxes instead. My view is that if one has the hassle of learning something new then why not make this intellectual effort really worthwhile?

My remaining niggle is that presumably I must have paid for all these unwanted Vista OEM licences? Clearly Vista is not of merchantable quality. So I wonder how I can get my money back? I feel a letter to the Office of Fair Trading coming on! 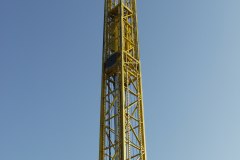