You are here: Home / Shattaf – a healthy solution to the toilet roll shortage

Shattaf – a healthy solution to the toilet roll shortage

As the coronavirus crisis deepens, seems we also have the deeply undignified spectacle of fully grown adults publicly fighting each other as they snatch and hoard toilet rolls. At the risk of seeming crude, I’d rather wipe my bottom on a stinging nettle than squabble with strangers in a supermarket over who takes home the last packet of bog roll. However, I’m pleased to report that my dignity and my rear-end are both safe, since I dragged-out my “Happy Plumbers Tool Kit” and retrofitted a shattaf  to each of our toilets instead… 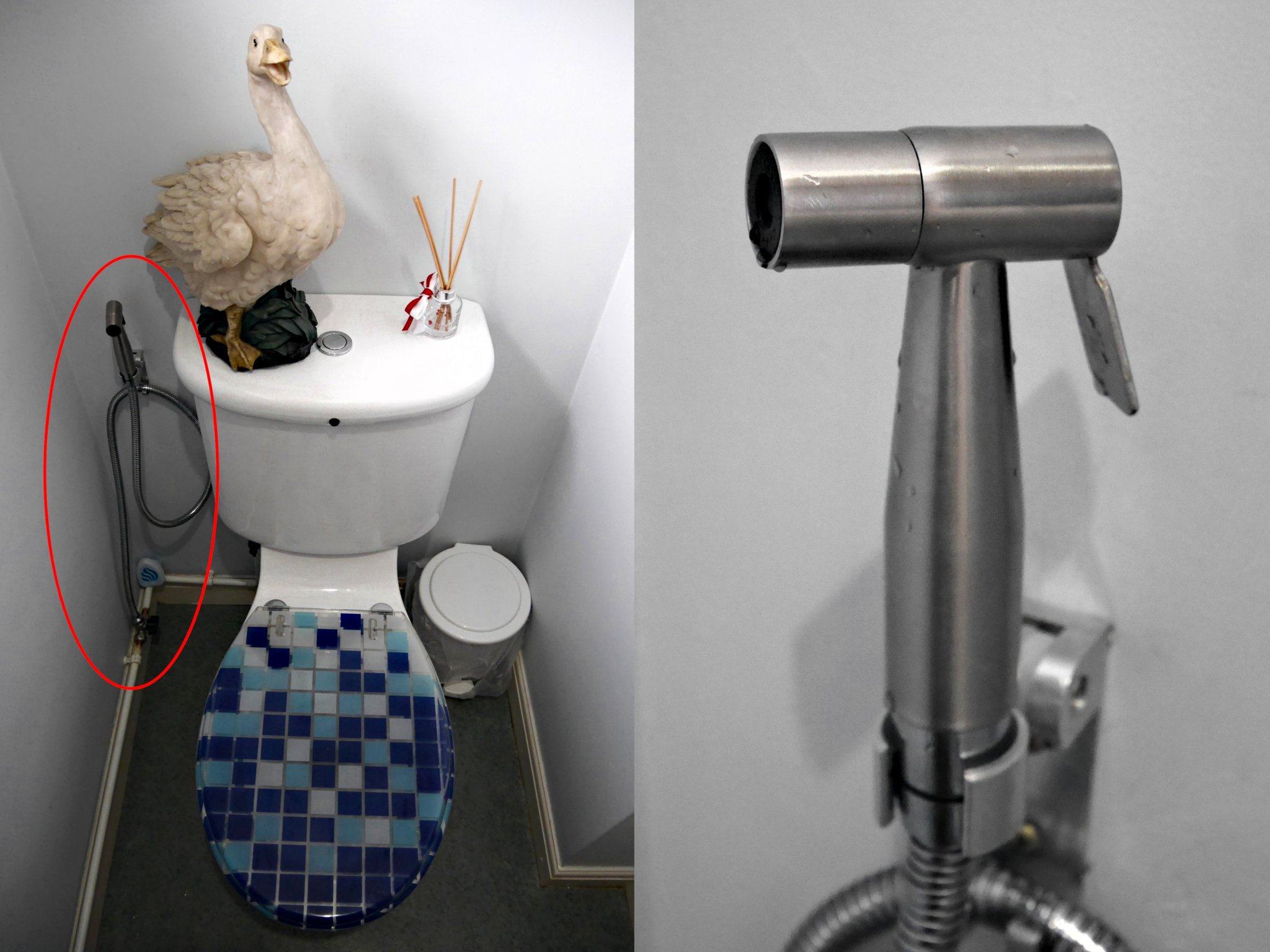 Left: complete installation including toilet, cistern, isolating valve hose, mounting bracket and the shattaf itself.
Right: Close-up of shattaf. It is quite small, measuring approximately 11 cm long and about 6 cm front-to-back.

Shattaf – does what it says on the box

The name “shattaf” seems strangely appropriate, considering one of its primary functions is to wash one’s bottom after taking a dump. They are not expensive – about twenty-five quid each, all-in, including a decent-quality high-pressure hose, metal isolation valve and wall bracket. These particular handsets are solid stainless steel and seem pretty robust. They are also relatively easy to retrofit to an existing installation.

As you can see from the photo, there wasn’t enough room to fit proper separate bidet.  I also considered the fancy-toilet-seat type, currently popular in Japan. In fact, I had quite a lot of fun with them while I was there. However, they tend to be expensive. They often require an electrical supply, which would require additional cabling and special attention to electrical wiring regulations.

Probably the biggest reason I decided against a Japanese-type bidet system is they seem rather flimsy. They are mostly of plastic construction, with lots of parts that look as if they would snap-off rather too easily. Considering I weigh over 100kg, I suspect such fancy things would probably have a very limited life in our house.

We learn our toilet habits from childhood. So changing or adding to them during adulthood can be psychologically challenging for some people. However, for me, travelling has two pleasures that seldom appear in the tourist guides: tasting generous quantities of the local brews and trying out various unfamiliar types of toilet accessory. 🙂

I first saw shattafs when I was in Hong Kong, some years ago. I was impressed by their robustness and simplicity. I’m told they are particularly popular with Muslim women. In fact, in some circles, shattafs are also known as “Muslim showers“. But they work just as well for faithless folks of either gender too. At the risk of being crude again, “washing it off” is much healthier than just “wiping it off” and it feels much nicer too. Consequently toilet rolls in the the loo next to my studio now last several months or more. Hence another popular name for the shattaf is “bum gun“.

Whilst you can you can fit a shattaf to a hot/cold mixer tap if you wish, I fed ours directly from the mains water supply, by teeing-off from the 15mm copper pipe that also feeds the toilet cistern. Granted, this can be a bit “refreshing” on a chilly day. In fact a chap taking a cat-wash with cold-only shaffaf can put a whole new meaning to the expression “crystal balls”. 🙂

Shattaf – kinder to the planet

Continually flushing bog roll down the pan is not good for the planet. Firstly, think of the trees that have to be chopped down just so you can wipe your bottom. It is also a problem for Britain’s ageing sewers and water treatment works, where filtering-out this stuff is costly. And whilst bog roll is nowhere near as bad as disposable wipes, it is nevertheless adding to the problem of fatbergs.

Sadly, it seems for a lot of people, once you flush something away, it automagically disappears, never to be seen again. But of course solids don’t just vaporise. They have to go somewhere – e.g. blocking a sewer, gumming-up a water-treatment works or perhaps washed upon a beach somewhere.

Once you have become accustomed to your shattaf, you can reduce your toilet paper usage virtually to zero. Used sensibly, the only solids that a shattaf user flushes down the toilet is the stuff that comes out of his/her own bottom.

As an aside, the shattaf is actually rather useful for cleaning the toilet too. I planned our installations so the hoses are long enough to reach the wash-basins too. Firstly, it means one can wash the device properly. Secondly it means the device can be used to clean and/or unblock the sink. Fortunately in our case, standard, easily-managed 1.5 metre hoses are sufficient.

I would add that you should choose a hose that is suitable for your water pressure. Our shattafs are fed directly from the incoming mains. The mains water pressure here is generally between 3 bar to 4 bar. However, I have recorded the pressure above 5 bar. So, to be on the safe site,  I selected high-pressure hoses with a 10 bar rating.

So there you have it: the simple shattaf obsolesces toilet roll, unblocks drains and saves the planet! 🙂

That said, we’re not completely out of the proverbial woods insofar as toilet paper consumption is concerned in our house. Despite having quite a small bottom, my wife still somehow manages to use an inordinate amount of bog roll. I have no idea how or why she does that and frankly, I am not brave enough to ask her! 🙂 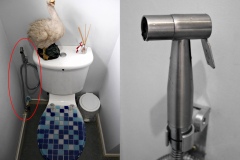 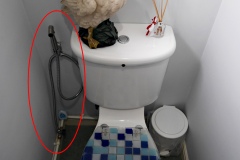 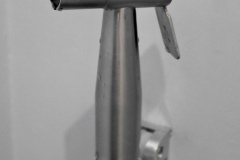 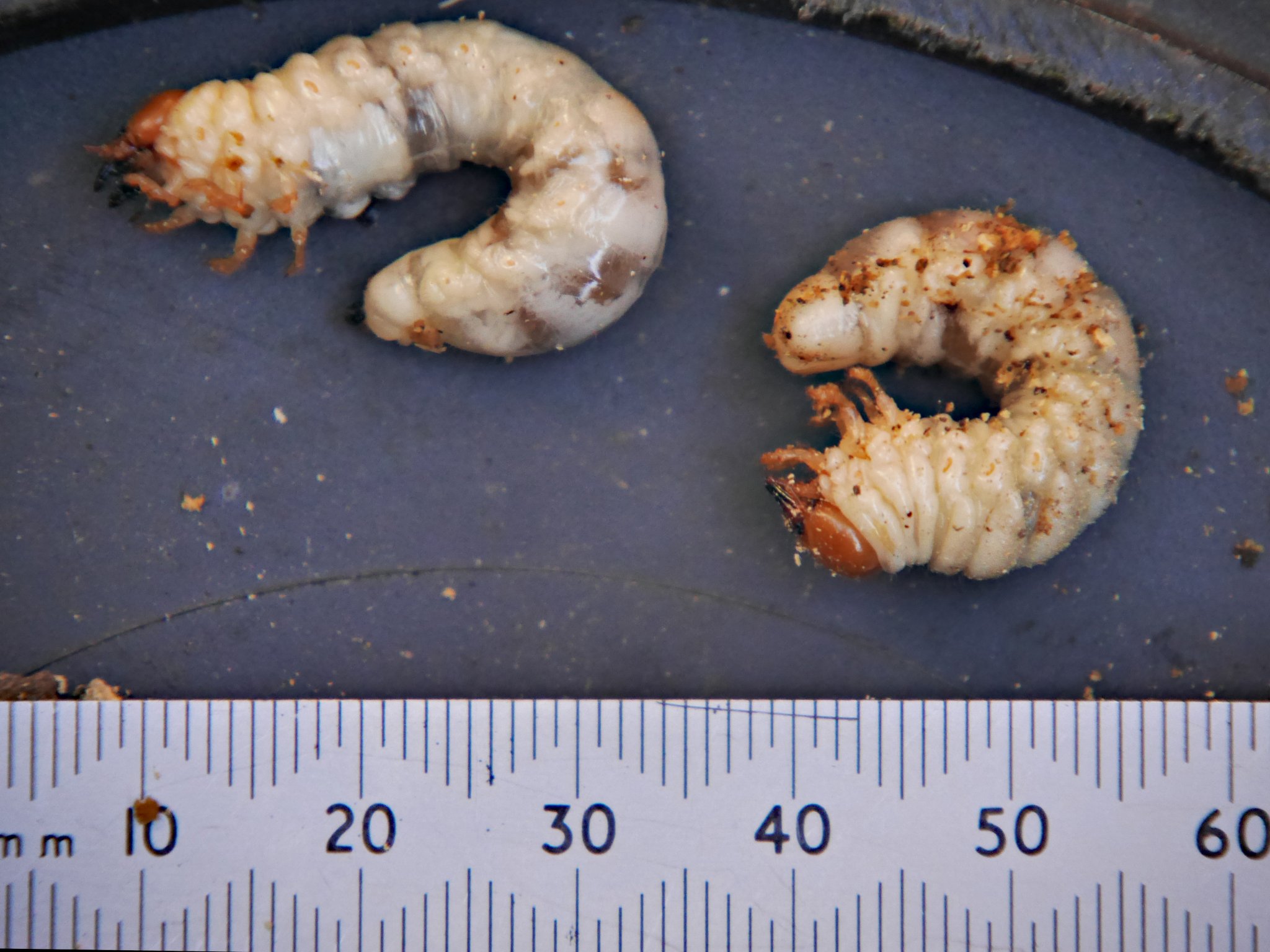