With “After Dark”, enormous change was at work from where the roots began through to the final track which demonstrated pretty well a custom studio set up with all owned equipment.

One track in particular shows a steep learning curve and comprised of 2 changes of residence. Starting with side 2, “Overcoat” was begun at Creed Music at Creek side, Deptford. In 1989, although Duncan owned the 8 track recorder and 16 into 4 mixing desk (and B9OO sampler), he did not have an up and running music computer (which top studios were employing for excellent productions).

A friend (Adrian Forsyth) had indicated the computing potential of the Atari ST when through a friend (Luigi Vansan) he had picked up a 2nd hand model with basic memory for low cost.

The Charmers brothers (but mainly Sandy) were also inspired to invest in the Atari ST, so it could be used for developing music through a computer program. While at Creek side, Sandy and Duncan, started to work with ‘Pro 24’ to understand the functions of the program and became proficient with its use. The track “Overcoat” was started with this program on a 1M Byte system, but a few drawbacks apart from moving the computer brought difficulties. It was a problem to select the correct voice from the synthesizer’s voice banks and later to save this before closing for the day. Therefore each voice and assignment had to be written down on paper and then reselect at the beginning of the next session.

Within a short time, the equipment was moved to Thames Street (Chalmers tenancy) and Cubase had been invested in. The track was converted to a file compatible with the new program and the voice storing facility was employed which enabled Duncan to concentrate on the music.

Shortly afterwards the studio equipment was moved again to the Ferrier Estate. A further track was developed (Formation Of The Phoenix), and a third (Medway).

Although these tracks come across as sophisticated, all three rely solely on computer pulses and synthesizers with drum machine. This is all well and good, but quite different from what we know and love in the previous album (The Way). Where we came from there was a little technology (mainly programmed drums), but the strength is in the multi track facility and strong songs.

With this album back compatibility can be observed through two other tracks and on the final track advancement to Duncan’s own customized voice preferences and synth set up.

The three tracks from Cubase were recorded in the cooperative Creed studio, which although sophisticated, was geared towards competent use of the sampler and synthesizers whose strengths were not focused on Duncan’s goals. A good compromise was made considering the learning curve and cost saving involved. Indeed, later on even “greater” results could be possible. On the album the other 3 tracks can be heard and compatibility with previous recording techniques witnessed.

It indicates a style similar to “flight” on “The Way” where a click track is quietly guiding the musician. A pleasing chord riff is at the heart of the track, which is a song about leaving behind the vampires and the illusory commitments of a hollow existence with a mortgage. All the parts were hand played (same as “Flight”) with own lyrics, which stretch only to two verses and the rest is instrumental where words would otherwise lose their meaning and any impact.

“After Dark” the title track is a throwback to 4 track recording in 1986 at parents home with Drumtix drums and Polysix synth. Amidst noticeable mistakes in the musicianship, the track (and Release) enjoys the “Warmth” of analogue and home recording techniques as opposed to computer. This track, out of the 3 styles, indicates the best art for the cost comprising only of drum machine, polysynth and portastudio.

Finally, the last track “Beyond The Occult “ (like the change from Arcanum Kill to A Busted Shoe) shows a similar move from a prospective group (Creed) to solo work. In 1992, Avery was building a studio with remaining cash a year after partner Kate deserted hi (for a younger model).

He had to close an agreement with Creed who were operating the 8 track studio as a commercial enterprises, but they were not paying him a great deal of money to hire the equipment (£10 per week), but access to it was also problematic because of how busy the studio was becoming (later to become Music City).

What was decided was, with mother’s agreement, Saracen Studios could be situated under parent’s roof, and with driving provided by his father, the desk, recorder and sampler were moved to the West Country. Several keyboards were also bought through “Loot”, the weekly trade newspaper, which can be heard on this impressive first track with the new set up. By this time, Duncan had caught up with Creed purchasing his own Atari ST, a midi synchronizer from Creed (swapped for a professional compressor) and we hear a reverb (Quadraverb), A Roland Juno 11 and the DX7IID.

The S900 sampler was promptly sold (through Loot in London) and the money bought a Prophet VS. This was a good beginning, but a high polyphony count of instruments was necessary because any synth playing a couple of chords could note-steal the previous played note without allowing it to release naturally.

Economically, the sampler was very poor at this, while the DX7IID was excellent (twice 8 note polyphony), The aim was to own a number of different manufacturers synths and combine their styles as opposed to working with a one dimensional music source, as Duncan, had continued with throughout the 80s with the Polysix.

Another difficulty. One Polysix was stolen shortly after working with a girl (Serena Pointer) from her flat (the thieves climbed surrounding worker’s scaffolding) in 1990. Another Polysix was purchased through Loot (it was being sold in Swansea) suffering modification was necessary to adapt it for computer sequencer compliance was taken to West London for this work and then returned to the West Country.

Sean Rothman contributed to the new custom studio set up by introducing Avery to the D50 up at Hebden Bridge. Avery consequently bought one through “Loot” to add to his set up.

How the buying and selling worked was as follows – from Bargery Road, Catford, an item would be put up for sale in Loot (let’s say the S90O sampler). The buyer would phone, come to the address and the product was demonstrated, cash exchanged.

Something different was purchased (a synthesizer) and this would be taken to Saracen Studios (in the West Country). On returning (To Bargery Road) another item could then be brought – for sale. And so a limited amount of cash of a few hundred pounds could be reinvested (along with any savings) for the next purchase. So despite only a small investment after Kate of around £4OOO, the list below indicates what was finally accumulated.

To acquire a custom studio, all that was necessary was for Avery to purchase Loot from time to time and get an idea of merits of various synthesizers. Synthesizer review books were purchased in order to weigh up the capability merits of each model. A few hundred pounds was held in a building society ready for purchase of the next synth.

Eventually, a few reliable and flexible synthesizers would remain integral to Avery’s set up. Rack equivalents would al so be acquired where appropriate, to condense the operating area to a small dominion.

One drawback: it was found to be a nuisance to keep changing one’s equipment because learning to operate and record with new equipment posed additional challenges to the experimenter.

In practice, new equipment was initially quite a problem to comes to grips with, depending upon how complex and how accessible the inner workings work . Advancements in technology would not always improve a synths usefulness, since panel controls were often reduced for economic reasons. In general, synths from the mid ’80s had a combination of great oscillator sounds, with digital control minimal tuning difficulties, and comprehensive ‘patch ‘ editing and storage. A very is today pretty satisfied with all purchases.

Having finally acquired equipment he was happy with for a few thousand pounds, over the ‘ 90s this equipment has devalued and is not worth what it was 10 years ago. Regardless of this, there is no wish to upgrade it, when what is called for in a 5th album would be based around strong musical songs on the guitar with melodic accompaniment and vocals. Here the music is king, not the backing track (this is supportive of the songs without distracting us).

“Release” is a very pleasant offering, recorded on the 8 track recorder (as opposed to data stored on a floppy disk – Overcoat, Formation, and Medway). 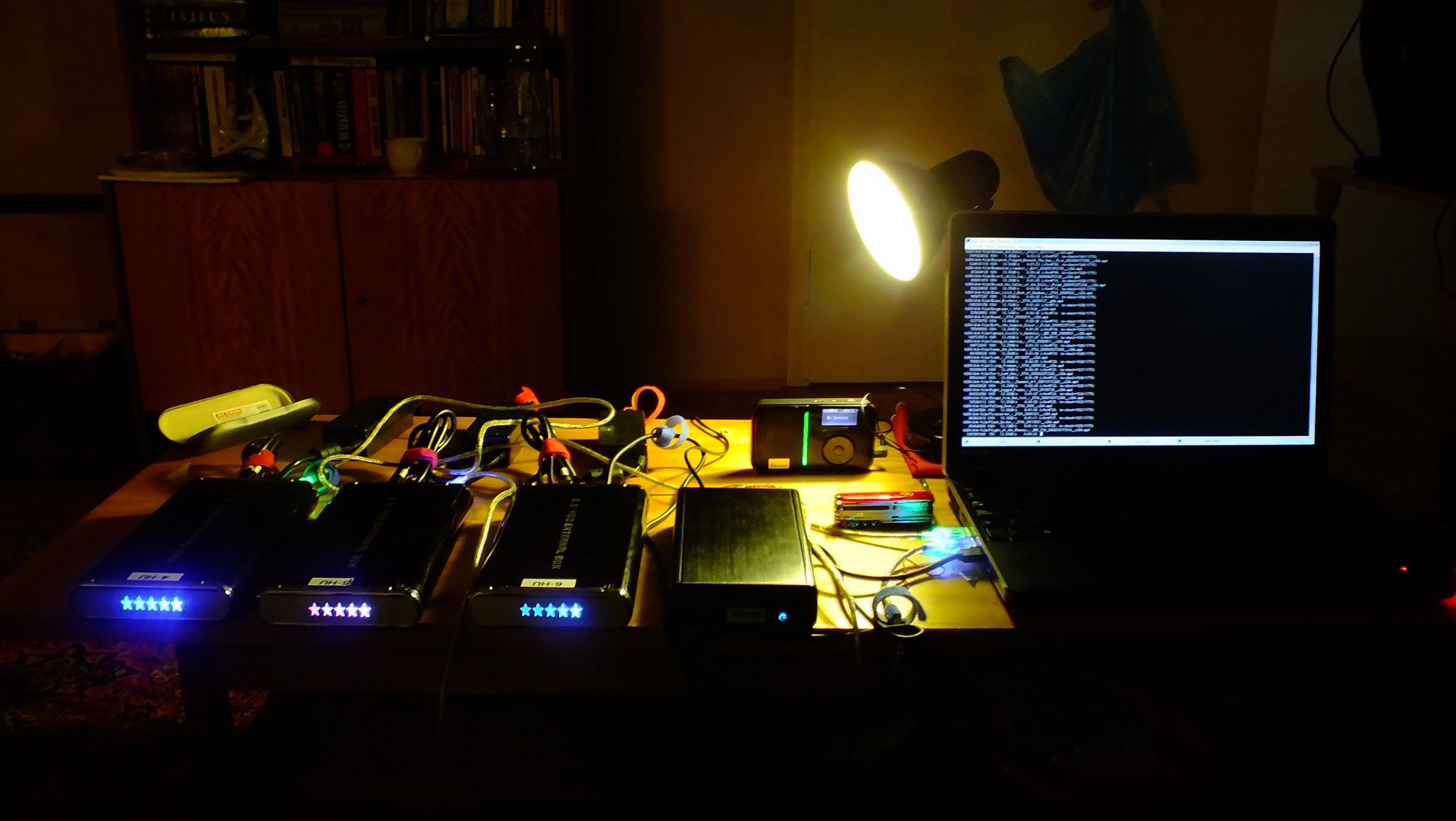