Facebook’s fortunes on the turn…

Social networking platforms come and go. Does anyone remember Myspace? or Bebo? Granted, Facebook has enjoyed a longer run than most. But today saw parent company Meta’s shares plummet by a staggering $226 billion. That’s the biggest one-day loss for any US company, ever.

This comes on top of news last month that a lawsuit to break up the Meta group can proceed.

Not forgetting a class action lawsuit for $2.3 billion on behalf of 44 million British Facebook users, claiming that Facebook is, “Exploiting users by taking their personal data without properly compensating them for taking that data.”

And one should not forget the ongoing corporate war between Apple and the Meta group either.

Personally, I vowed never to have anything to do with any product owned by Mark Zuckerberg, after I learned that that the jumped-up little squirt referred to his early users as “dumb fucks” for trusting him. Facebook’s subsequent security breaches, its tolerance of far-right extremism and that disgusting business with Cambridge Analytica reinforced my views.

However, IMHO, the main factors in Meta’s downfall can be summed up in two words: “Toxicity” and “Demography”

What seems not to be widely understood is that Meta’s users are not its customers. Meta’s users are effectively its product. In Mark Zuckerberg’s own immortal words, its users are “dumb fucks” – neatly trussed-up to have their personal details, buying habits and voting preferences extracted and served-up to its real customers, i.e. Meta’s advertisers.

For many of its users, Facebook has become a vile toxic cesspit of hatred and human misery. Plenty of stories abound regarding how toxic Meta’s services have become. Worse, Meta’s customers also include the likes of Cambridge Analytica, often funded with dark money and/or extremist political groups. Whilst certain wealthy hedge-fund operators seem to enjoy this sort of stuff, mainstream advertisers certainly do not.

Then there’s good ole’ demography. Facebook is increasingly regarded as a site for old people. It’s almost 20 years old itself. Its dull stodgy persona was neatly summed-up by UK IT mag The Register as “Hotmail with knobs on“. Unsurprisingly, it seems young people prefer the likes of TikTok instead. Though the expression “out of the pan and into the fire” rather leaps to mind in the case of TikTok. Nevertheless, advertisers inevitably follow the money. They want to get their grubby mitts on all that nice young disposable income.

Fortunately, it seems that an increasing number  Zuckerberg’s users share my disgust as over a million have recently ditched Facebook. This is Facebook’s first ever significant drop in daily usage numbers. Hopefully it won’t be the last. I personally look forward to millions more enlightened Facebook victims ditching the platform in droves, as Facebook becomes as irrelevant as MySpace and Bebo.

In any event, for me, the Facebook question always has been brutally simple:-

The answer is an equally simple: no. 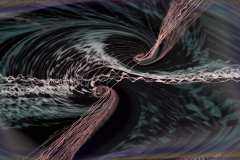