Solar storm on the hottest day

Seems that as London and the midlands – not to mention much of central Europe – sizzle in 40°C temperatures, our planet is to be hit with unusual weather of a different kind: a solar storm. Activity in the upper atmosphere of the sun, known as the ‘corona’, creates huge ‘solar flares’. These generate powerful streams of charged particles known as ‘solar winds’, capable of travelling vast distances through the voids of space.

The extent to which Earth will be affected by this particular storm is still unknown. But powerful storms can affect telecommunications such as radio, IT systems and can affect global positioning satellite (GPS) and power grids. A recent article in The Independent also suggests it could disrupt safety systems such as railway signalling.

However, it’s thought the most visible effect of this storm will be unusually strong aurora activity, expected well into mid latitudes. Aurora Borealis and Aurora Australis (AKA Northern and Southern Lights) are likely to seen much further from the planet’s poles than usual, as these powerful streams of charged particles interact with Earth’s upper atmosphere.

Data loss is unlikely this time. However, I am making an extra backup which I intend to disconnect from its power source and place in a grounded steel cabinet, just in case. 🙂

Nothing to do with the weather here on Earth

The effect of a solar wind is the Aurorae Borealis and Australis, together with effects on electrical and telecommunications systems. Which reminds me, I better check to see how those backup rsyncs are doing.

While we are on the subject of space 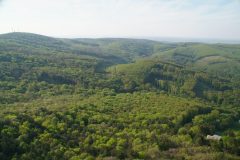