Some interesting questions arose recently on a forum to which I belong.  Members were comparing conventional broadcast TV with on-line video sites such as Youtube, and asking…

I thought these were very good questions and that I should at least try to answer them. I cannot speak for anyone else. But at one time or another I guess I must have looked at all of the above. 🙂 Plus, for example…

Remembering of course that Youtube is just one of many internet video repositories. Other’s include Vimeo, DailyMotion and the excellent Intenet Archive which boasts a huge collection of really interesting public domain material.

Personally I prefer to download material before I watch it. I do so at the highest possible resolution and best possible sound quality. I play it back via our GNU/Linux Media Server, on a decent 101 cm HDMI screen, with audio fed to the auxiliary input of a vintage Tandberg Huldra 10 and a pair of British-made Cambridge R50 transmission-line speakers. Depending on the original video, the picture quality is sometimes superior to standard DVB broadcast TV. The sound quality certainly is better.

Downloading from Youtube (and most other video sites, including BBC’s iPlayer*) is trivially easy using freely available open source tools such as yt-dlp and get-iplayer and avoids all that buffering nonsense caused by Britain’s piss poor IT infrastructure. Also avoids those bloody silly ads Youtube tries to run before the video will play! 🙂

My wife isn’t bothered about sound or picture guilty. She has several battered but functional Linux laptops she likes to watch in the kitchen, live. Often she has one showing four “stork-cams” – watching her favourite European stork nests. Meanwhile another machine is usually playing some dreadful German romantic movie, dubbed in Hungarian, whilst she enjoys protracted text and audio conversations via Skype with her family back in Hungary and/or her various friends dotted around the planet. 🙂 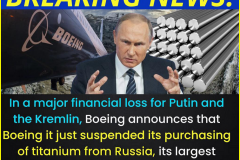